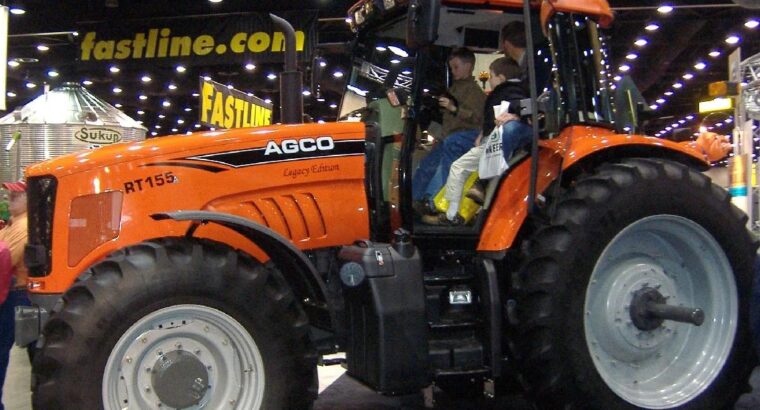 Rival John Deere says it could be days or “potentially longer” before some production facilities are up and running again.

US farm machinery maker AGCO has become the latest major organisation to fall victim to a ransomware attack that it says is affecting some of its production facilities around the world.

The move could make it difficult to deliver machinery, such as tractors, which is unfortunate as spring crops are being sown.

AGCO has posted a brief disclosure statement on its website regarding the ransomware attack, and has confirmed that it continues to affect some of its operations.

The company is currently investigating the extent of the attack, but expects its business operations to be affected for at least a few days.

It could take longer for all services to resume full operation, depending on how quickly AGCO can restore the system, indicating the severity of the attack and possible measures to control proliferation. AGCO said it would provide updates as the situation evolves.

AGCO may not be a familiar name to everyone, but it is the owner of the Challenger, Massey Ferguson, Fendt and Valtra agricultural machinery brands and thus supplies a large number of tractors and other agricultural equipment to various markets around the world. Its biggest competitors are manufacturer John Deere Deere & Company, Komatsu and Caterpillar Inc.

The company has so far given few details of the actual attack, not yet naming the specific ransomware variant, which systems were affected, whether a ransom was demanded or the extent of its spread across AGCO’s infrastructure.

However, according to French media reports, Massey Ferguson’s tractor production lines at Beauvais, north of Paris, were shut down late last week and assembly line workers were sent home after servers at the site were rendered inaccessible. According to German media reports, workers at the AGCO Fendt brand’s Bavarian production facilities were unable to go to work due to the ongoing IT outage.

Meanwhile, Reuters reports that the attack came at an unfortunate time when agricultural equipment manufacturers were faced with supply chain disruptions and other problems that had already left them struggling to meet demand for new equipment.

The news followed an FBI report that cybercrime cost victims around the world at least $6.9 billion last year, with the volume of attacks and associated costs rising every year. According to the FBI, three major variants of ransomware were deployed against critical infrastructure companies last year: Conti, LockBit and REvil/Sodinokibi.

Before the ransomware attack, AGCO raised its annual forecast for net sales and net profit per share, announced a special dividend of $4.50 per share payable in June and said it had increased quarterly dividend payments by 20 per cent.